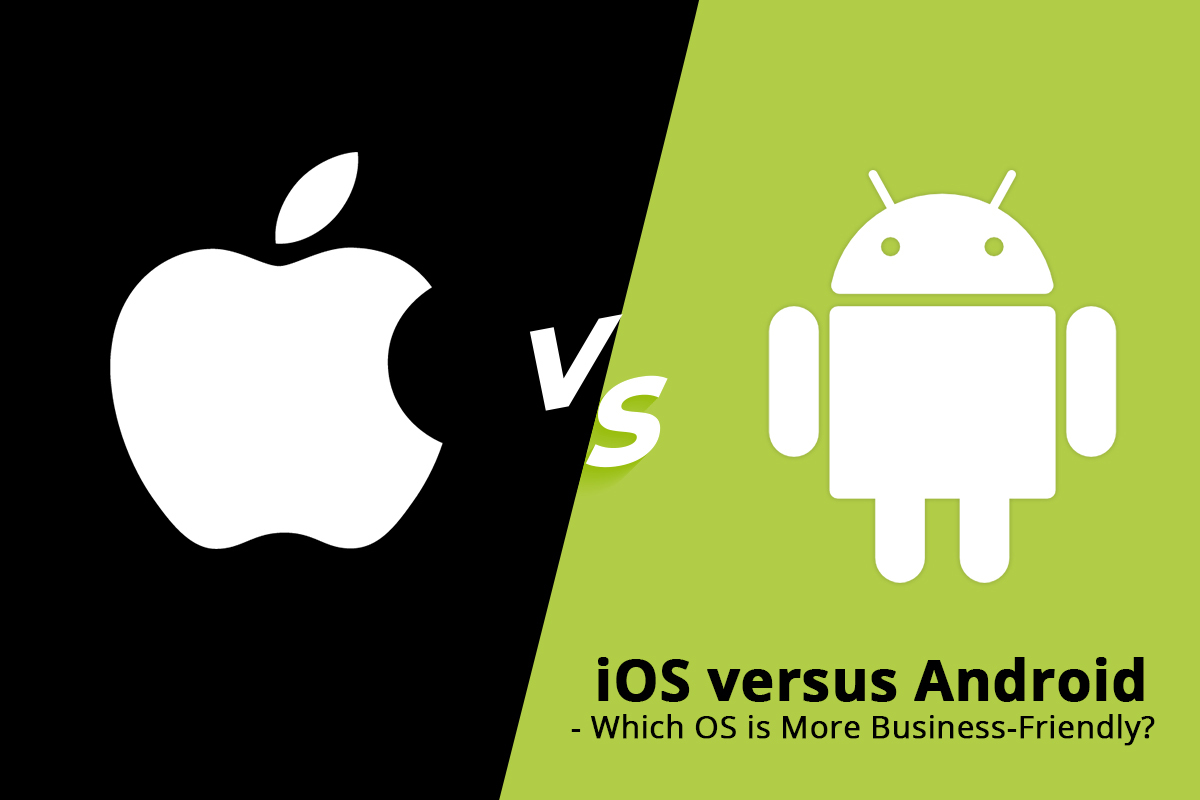 iOS Versus Android – Which OS is More Business-Friendly?

blog 3 days ago by Ethan More

All businesses today, irrespective of how big or small they are, require digital devices to stay afloat. A fine example of this is mobile phones. The use of mobile phones in the business world is crucial since they facilitate employees to stay connected with each other, work productively, etc.

Speaking of mobile phones, many mobile operating systems and platforms have come and gone. Still, two prominent ones who have managed to stay afloat in terms of popularity and consumers are iOS and Android.

There are millions of Android and iOS users all around the globe. Their popularity also gives rise to the never-ending debate of which of the two is better, especially regarding business-based usage. This article will shed light on the differences between the two major mobile operating systems based on different aspects and conclude which is more business-friendly. Let us begin:

iOS vs Android – A Detailed Look

Most business-associated individuals wish to use a smartphone featuring an operating system that does not feature a complex interface.

iOS – In terms of ease of usage, the powerful operating system that powers iPhones features a simple and elegant interface, which makes it easy for users to navigate in and around the device.

Every business wishes to invest in smartphones which offer unrivaled performance since performance is directly associated with the productivity of individuals.

iOS – Thanks to its top-tier optimization, iOS offers unmatched performance to users. Whether it is performing basic tasks like listening to music or graphic-intensive tasks like making edits, iOS bears it all with ease and finesse. Moreover, there are numerous ways of speeding up an iPhone if any performance issues arise. To know more, visit  https://setapp.com/how-to/speed-up-iphone.

Android – Unlike iOS, the Android OS is not exclusive to Google phones. Smartphones running on Android OS are available in all price ranges, and thus, the performance of an Android phone depends on its hardware. Overall, Android phones also offer top-tier performance, but in comparison to iOS, they fall short in certain categories.

Businesses require numerous applications to function smoothly, right from communication and collaboration apps to social media and marketing apps. Hence, every business wishes to use smartphones with an OS that supports all types of apps.

iOS – iOS’ native App Store houses millions of applications of different categories, which makes it easier for users to access any application they require without hassle. Sadly, iOS does not support applications from third-party sources or developers natively, which limits its pool of supported apps to an extent.

Android – Like iOS, Android OS’ Google Play Store is home to millions of top-tier applications. There are multiple categories for users to choose from, and thus, Android OS users can find any application they want without hassle. Moreover, individuals can also download and install third-party APKs on their Android smartphones.

One of the crucial aspects every business focuses on when opting for mobile phones is the security their operating system offers. Since businesses have to deal with tons of important data, they need to opt for mobile phones with highly-secure OSs.

iOS – In terms of safety and security, Apple’s iOS stands unrivaled, primarily because it is part of an enclosed ecosystem. Every app on the App Store goes through rigorous security checks before being listed. Moreover, iOS features numerous security protocols and firewalls which prevent malicious files and unauthorized individuals from breaching the OS’s security.

Android – The Android operating system is also highly safe and secure. However, when competing against iOS in terms of safety and security, it lags behind in numerous aspects. For example, it supports third-party apps, which makes the OS prone to malware attacks.

Besides all other factors, businesses also need to keep the cost of smartphones in consideration when deciding on a specific mobile OS.

iOS – iOS is exclusively available on iPhones. Compared to all other smartphones, iPhones are very expensive. Even the model with the lowest specifications costs more than most smartphones powered by the Android OS.

Android – As mentioned earlier, Android smartphones are available in all price ranges. Thus, businesses looking for smartphones running on the Android OS can choose the required ones as per the amount allocated in their budget.

Which Operating System is Better for Businesses?

Even though iOS and Android have their own pros and cons, determining which OS is better depends entirely on the business’s requirements. For starters, a business looking for smartphones with a more security-centric motto can consider iOS. On the other hand, if a business requires unmatched app compatibility, Android OS is the better choice.